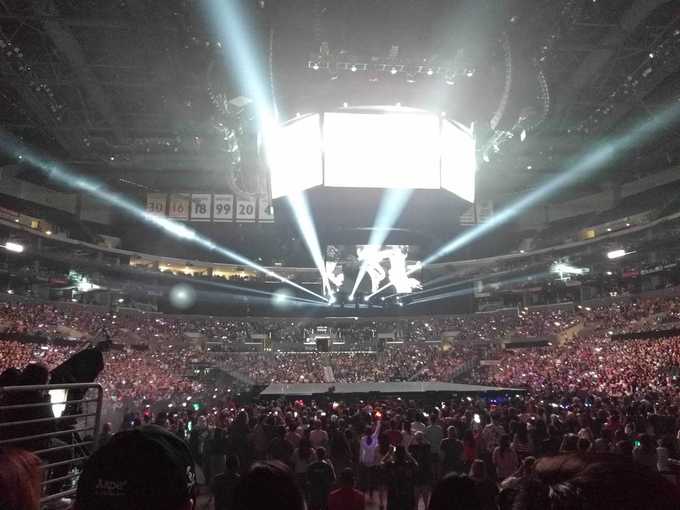 I recently had the opportunity to attend KCON with my girlfriend and her friend.

This was my first time attending KCON. I used to listen to a lot of K-Pop when I was younger but not so much anymore. However, I have a Korean music playlist on Spotify that I listen to once in a while.

This is all to say that I enjoy Korean music even though I do not understand it. You do not have to understand something to appreciate it.

Our main objective was to attend the concert but we arrived a few hours early so we had to find a way to pass the time.

Luckily, our tickets also included admission to the convention center next door. The convention hall had numerous booths set up to promote Korean brand products, such as skin care products.

I am all for keeping my skin healthy but I did not purchase anything here. On the other hand, my companions found a few items that they wanted.

We spent a good amount of time here before our stomachs began directing us somewhere else.

We eventually ended up outside the convention center where there were numerous food stalls set up.

All the food they served looked delicious to me. To be honest, I am rarely picky about food. Contrary to belief, my nonchalance with deciding on where to eat does it make it difficult for others at times.

Anyhow, we decided that it would be a fantastic idea to eat Korean food while at a Korean convention. We are, without a doubt, geniuses. We decided to eat Kimbaps and share a green tea waffle puff.

Oh, while navigating our way through the stalls, there seemed to be someone famous around as people were flocking towards him and taking pictures. I continued walking without a care because I had no idea who it was. 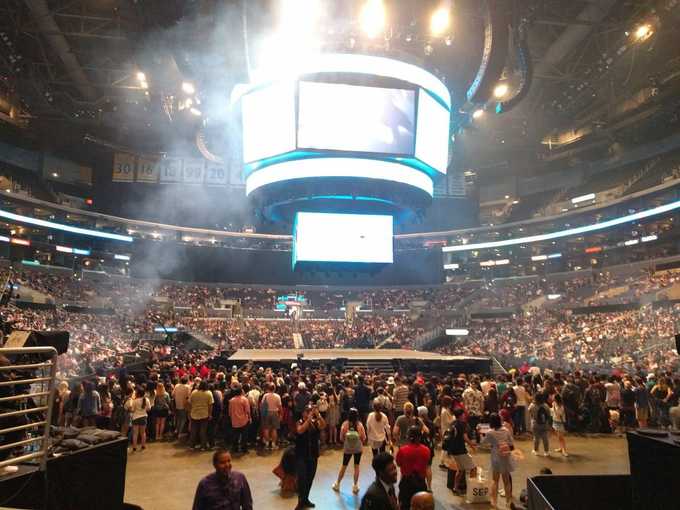 Pretty good view, if I do say so myself.

The only artist(s) I were somewhat familiar with was Super Junior. I guess my K-Pop game has been lagging.

Nonetheless, I enjoyed every single performance! I think it is safe to say that our entire group greatly enjoyed the whole event!

There was also a great pre-show that incldued an awesome beatboxing performance among other great performances. 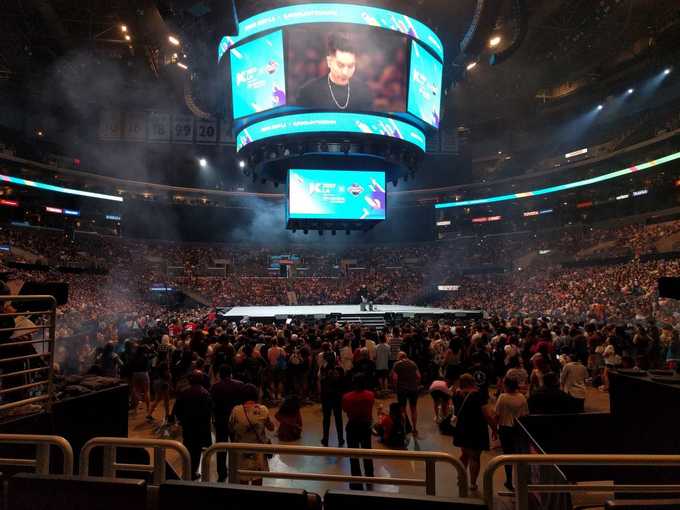 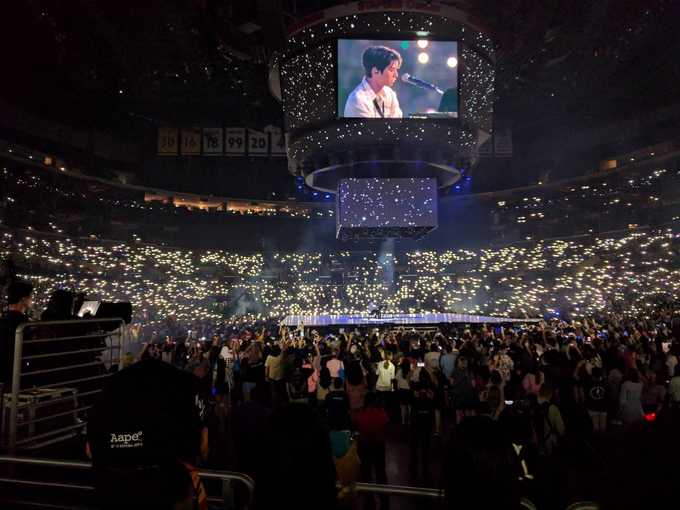 After the concert, my girlfriend said something that really spoke to me.

She said that the energy we experienced was much greater than those of other American concerts we have attended.

I agree with her.

Okay, take this with a grain of salt because I have not gone to too many other concerts (read: 3).

Also, I am certain that the energy level depends on what kind of concerts you attend. Nonetheless, I could tell that the KCON crowd was really passionate.

Especially one guy in particular.

During the entire show, especially during the performance by Cosmic Girls, there was a guy sitting a few rows behind us that kept screaming non-stop.

Personally, it did not annoy me but I am certain that many people found it irritating as they turned around with death glares.

Eventually, I actually found it quite humorous. Especially when one of the Cosmic Girls' singers said something along the lines of "We practiced very hard for this!" to which the guy loudly responded "YES! We know you did!"

In retrospection, I truly aspire to be like him. Don't we all want to be so passionately absorbed by something without a care in the world?

I can think of at least one friend who is similar to this guy. They are both people who love something and could care less about being judged for it.

Embarassment and shame only exists if you let them exist.

This was a great experience and I am glad that I had the opportunity to attend with some awesome people!

Would I go again if I had the chance?

I have a goal to experience as many different cultures and perspectives as I can.

The Korean culture is filled with great experiences, people, and food. And in my opinion, they sure know how to throw an engaging concert.

I tried to take a picture of every performance so here is a photo dump of some of them! 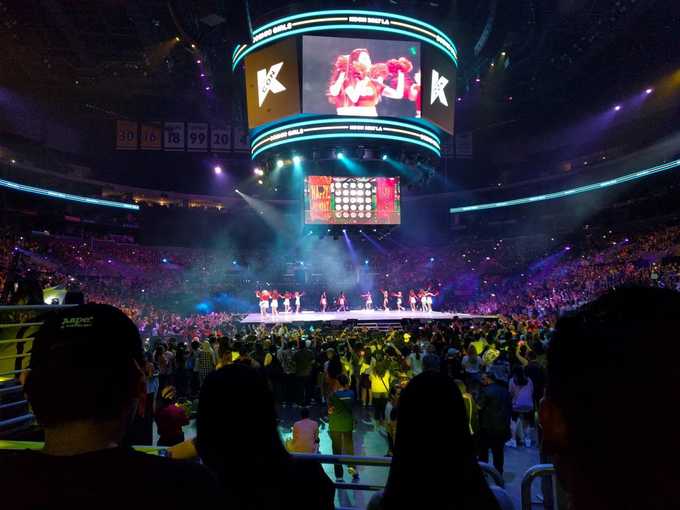 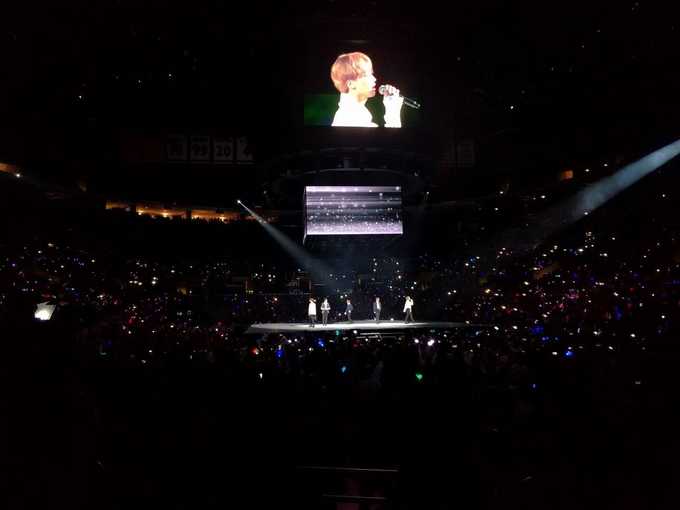 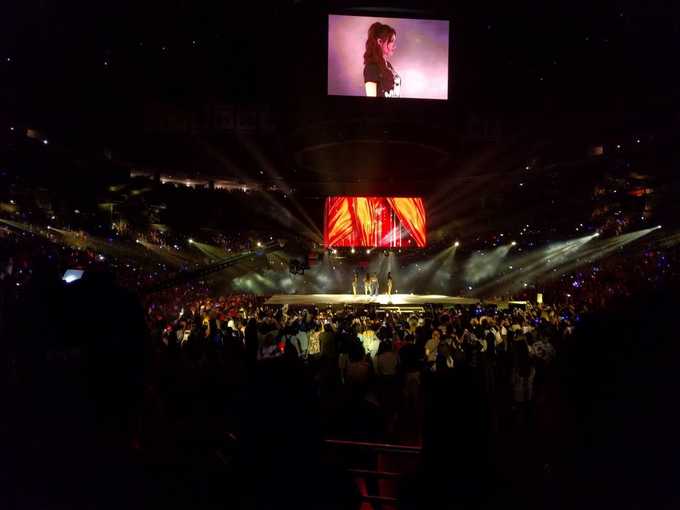 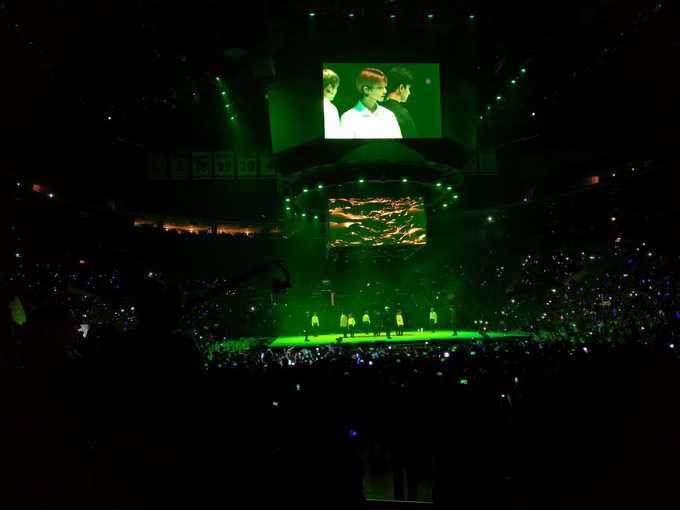 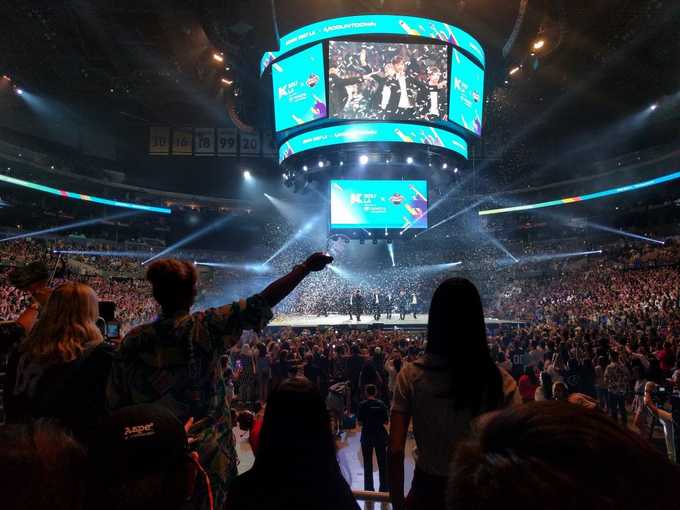 Do you listen to music in languages you do not understand? If so, what attracts you most about it? Which concerts have you gone to that had high crowd excitement?